Memphis in May WC BBQ Contest with the Grizzlies

2 years ago I went to this event, it is called the "Memphis in May World Championship BBQ Contest" that is held in Memphis, TN and is one of the many large events they have down there in the month of May. Memphis is a great city and the people are very nice, plus there is always something to do all the time and lots to see (lmao). Each year the Grizzlies have a tent for all their full season ticket holders (STHs) as a STH party. Last time I went it was the day after they had the players there for the event, so I didn't get to see any players obviously, but I became friends with one of their ticket sales representatives. This year I went and hadn't contacted that ticket sales rep, but I had been checking out any info I could get about the Grizzlies being there at the event this year with their tent, and sure enough it was on yet again and this year they would be having 2 players on hand for 2 days instead of just 1 player around on 1 day. It was supposed to be Rudy Gay and Ronnie Brewer, but it turned out Rudy canceled so Darrell Arthur volunteered to come in Rudy's place. So as I'm making the mile-long walk to where the Grizz are set up, it is sprinkling rain, but nothing much. As I get about halfway there, it starts storming and it's pouring down rain. So I finally get to the Grizz tent and I see a man that looks like the ticket sales rep that I know, and so I went up to him and asked him if he remembered me from before and he immediately remembered me and wanted to know how I was and all. Now just so you know, this party was just strictly for full season ticket holders of the Grizz, which I am not as I am from Indiana. I had broughten one of the newest issues of HOOP magazine with me that featured KD/Jeff Green/Westbrook/Z-Bo/Rudy/O.J. on the cover so if Rudy was there I could get it signed, but since canceled, I had no purpose for it. It also had gotten slightly wet (the cover) from the rain, but I did protect it somewhat so it was fine overall. The ticket sales rep wanted to see what magazine I had with me and he told me he has been trying to find that issue all over the place but hasn't found it yet, so I told him that he could have it if he wanted it and he told me "Well, come on inside then and make yourself at home, we got some players coming soon and we got all you can eat Neely's BBQ and all you can drink drinks (alcoholic and non-alcoholic)." If you don't know Neely's BBQ, look it up. They also have their own show on the Food Network. So this guy also gave me and my parents the wristbands that all the STHs had to get into this event.

It began to rain harder and harder (the tent is 2-stories tall) and soon after we began to eat the rain started leaking through the top floor of the tent and everybody was scrambling to try to find a dry place in the tent. They also had one of those expensive customized Grizzlies foosball tables and 2 flatscreen TVs, which they had to cover up with trashbags as good as they could, and I just hope they were able to save them from damage. Some people were thinking the players would not show up at all, but then a few of the people running the event got word that Ronnie and Darrell would be there ASAP, just as soon as the rain slacked off. Well the rain never slacked off lol, but after a long delay, both of them came running into the Grizz tent all wet from the downpour. As soon as they got there they walked over to one of the bigger dry areas of the tent, which was right next to me. Both players were very cool and down to earth and also very talkative with the fans. Both of them stopped walking right where I was and me and Ronnie Brewer did one of those "gangsta handshakes" which was pretty cool haha. Ronnie then just stood there seeing what all was going on. I then asked him if I could get a pic with him and he said yeah sure and took one. I then asked him if he would be signing autographs at all that night and he said that yeah he can do that right now if I wanted him to, so he took several of my index cards (I only had index cards for both players) and signed several of them until I told him that that was enough lol. Then I thanked him and the same thing happened with Darrell. The entire hour they were there, they didn't eat at all, but they both just stood there with me and we all just talked about whatever the entire time. They both did do an interview to the crowd that attended, but they both otherwise just stood next to me and talked the whole time with me which was very awesome. We talked about the Grizz making the playoffs next year (Ronnie said "for sure we are, no doubt about it" and says "we're a team to be watching out for") and such. He also asked me for my address (and I gave it to him) so he can mail me some game-used shoes and other stuff, so that will also be very cool if it does happen. After about an hour, both players left real fast as the rain and the storming just kept getting worse. Before they left though, someone went to put a poncho over Ronnie Brewer and he stopped them saying "Are you trying to suffocate me?!?!?!" which was a pretty funny moment. Overall it was just awesome hanging out with 2 real NBA players (that are also 2 good players and not just some unheard of scrubs) for a while just conversating about basketball and stuff. The way it was all happening, it was like they weren't even "celebrities" as they were just that cool and down to earth and glad to be there. And also:

-I was the first to ask for autographs, and I only saw 1 other person get something signed and that was some of my index cards as the woman asked for a few and I gave some to her.

-The Grizzlies photographer there took all kinds of pics of me for some reason (I think mainly because of my MJ shirt, and idk why lol), but if they get online I'll probably post those, too.

So here's pics of the autos and a few of the pics I got with both players: 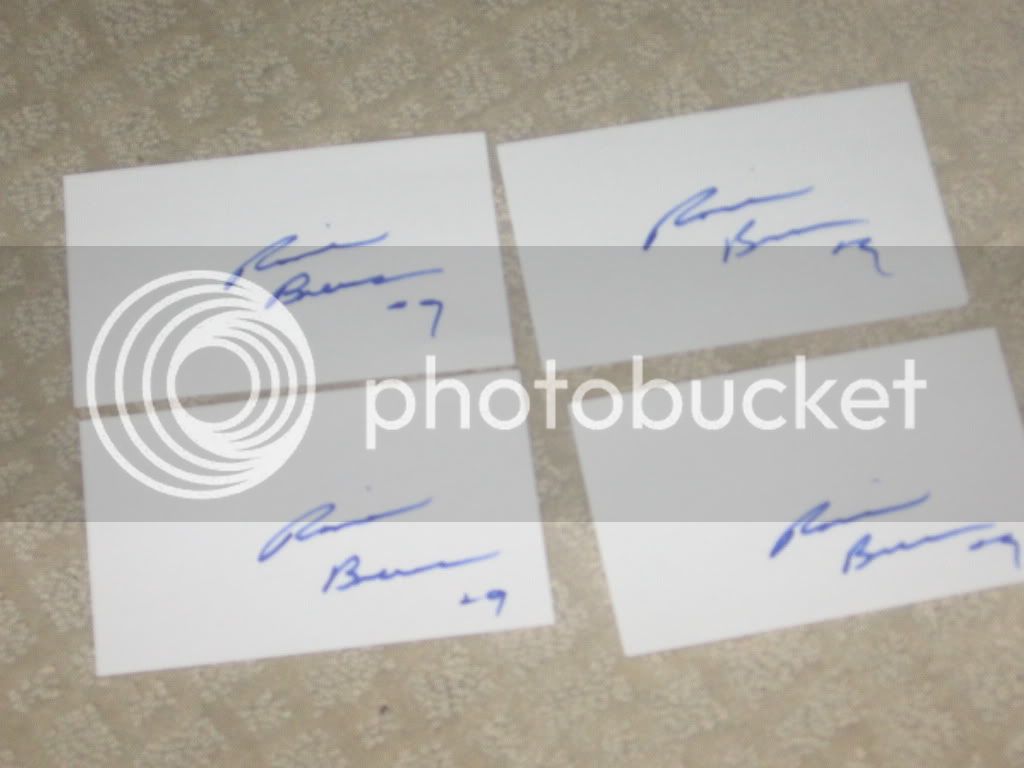 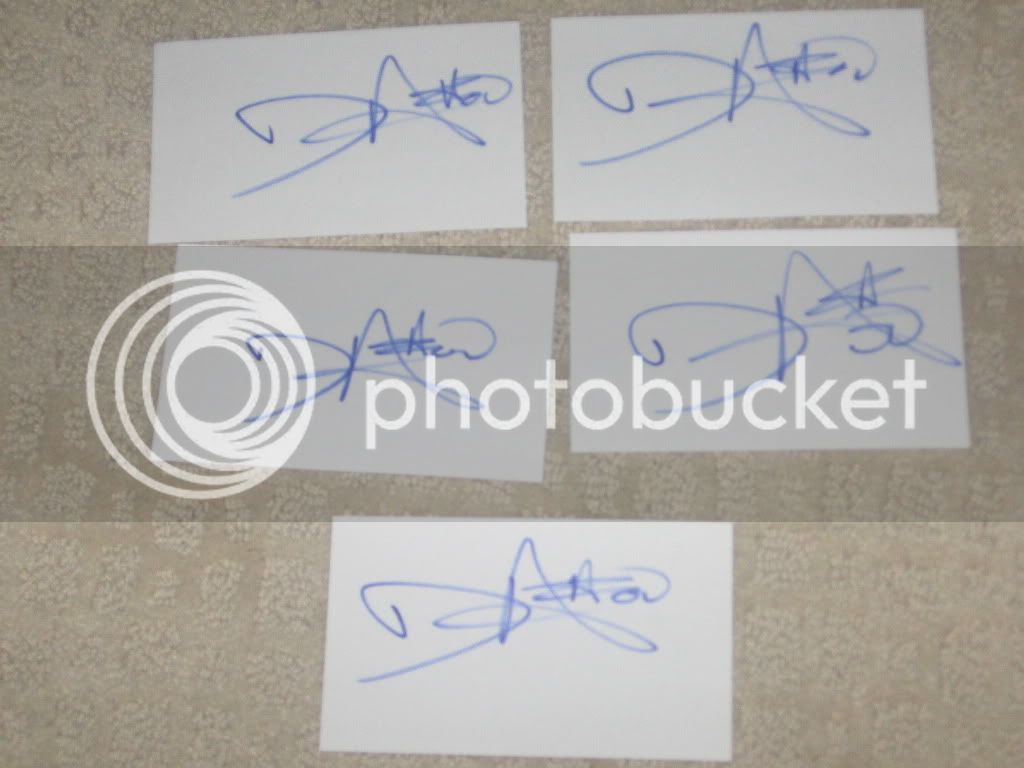 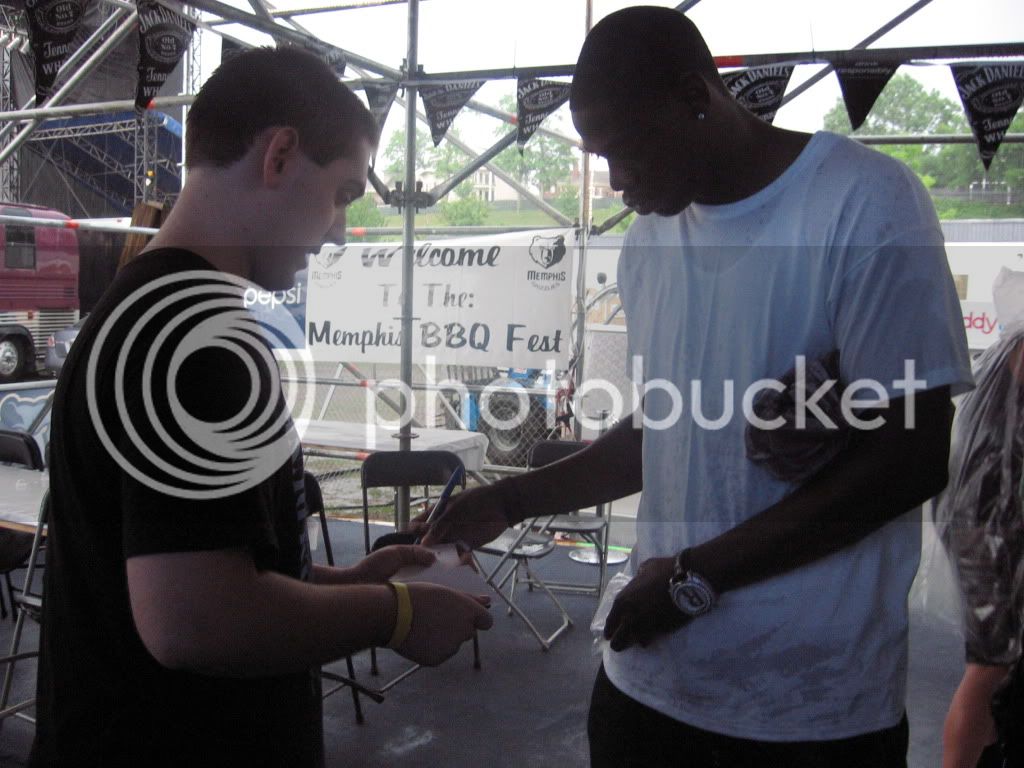 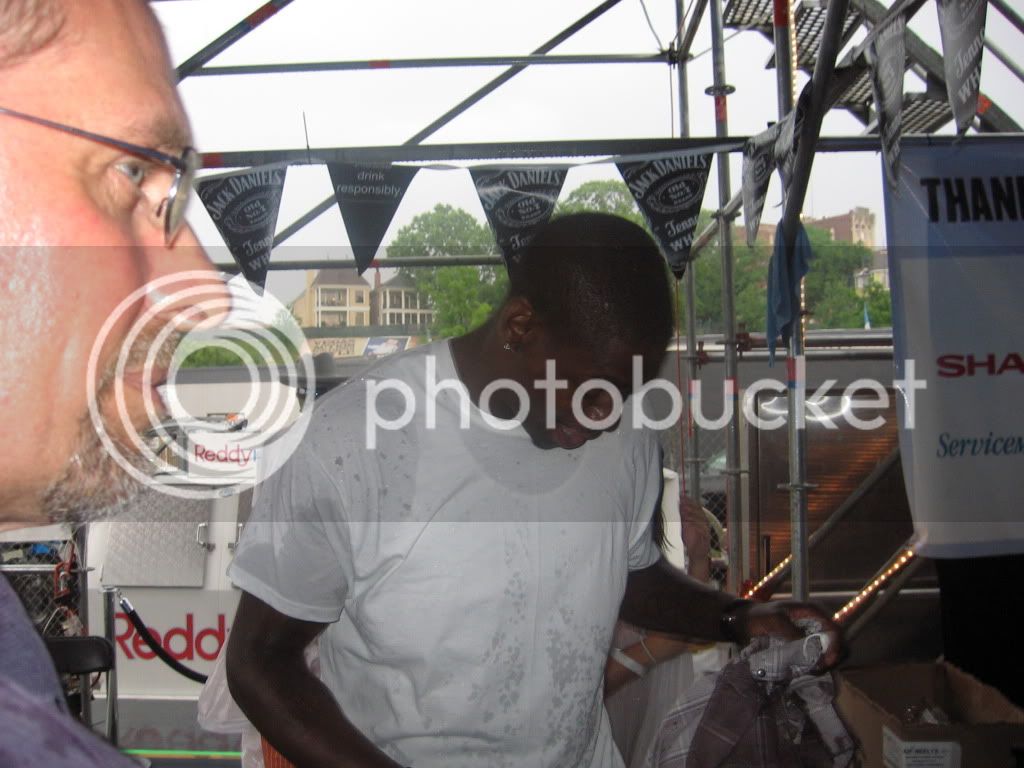 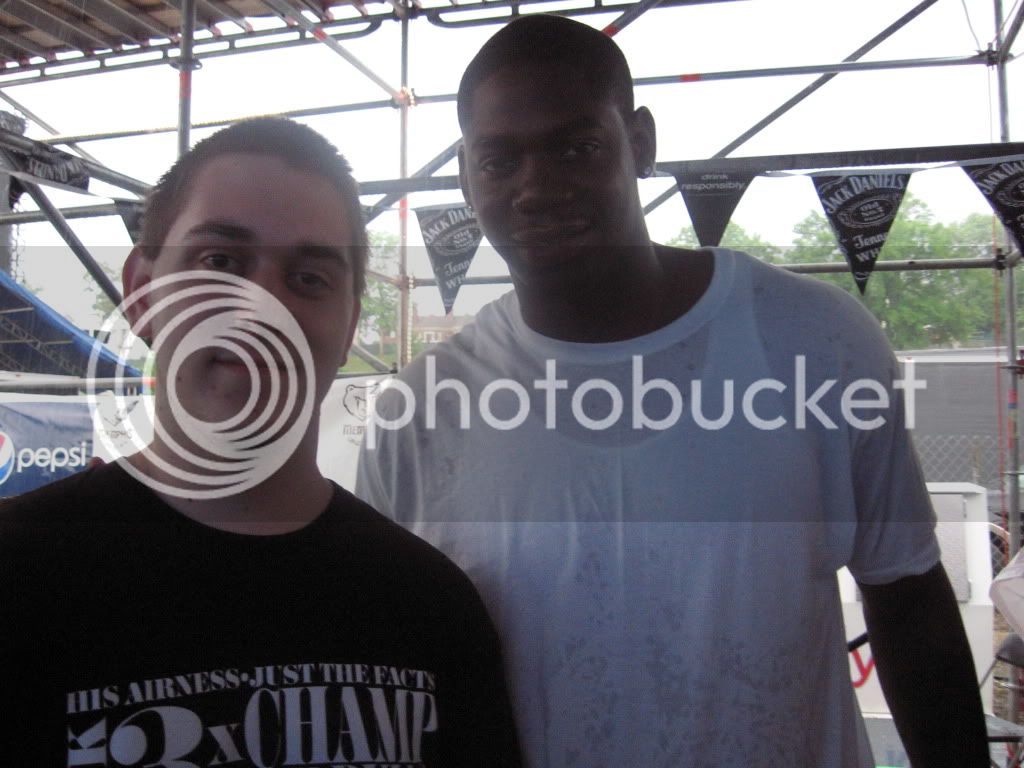 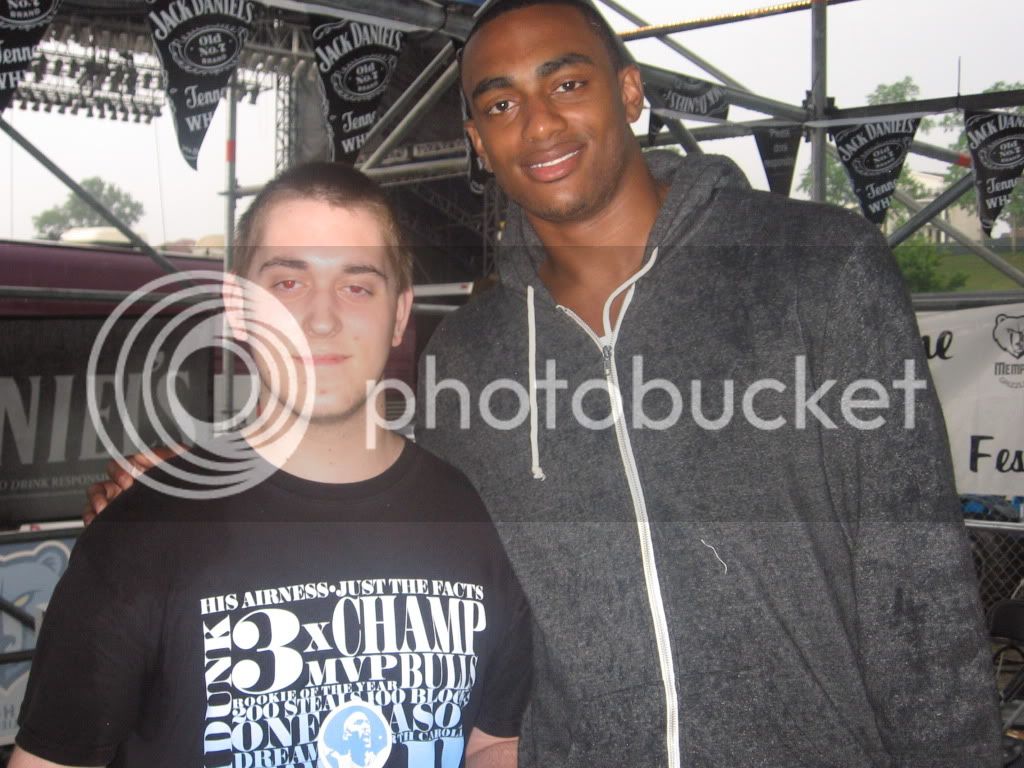 Sorry for the long read and thanks for viewing!! Please leave any comments you may have!