February 2012 Card of The Month

Transactions
112
5.00 star(s)
February yielded 6 entries for card of the month including 2 that were pulled from the first ever group break hosted here on TCZ. Let's have a look at some of the entries from February, shall we.

First up, from patchguy2011 we had 2 very nice patches, both from Panini Gridiron Gear. The first one nominated was a nice 3-color dual patch of DeAngelo Williams. 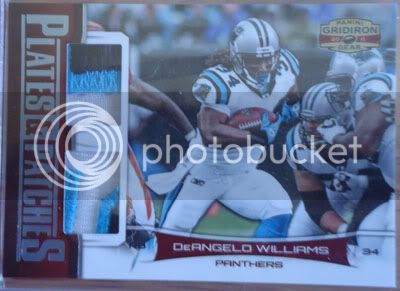 The next one was a jumbo 4-color patch of Daniel Thomas. This one actually ended up tied for 2nd place in the voting. 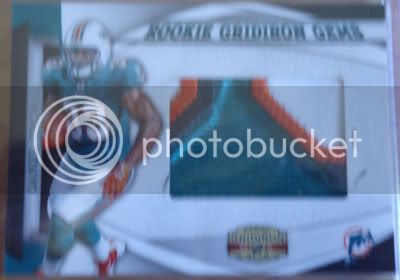 The next 2 cards are the first non-football cards that we've had since starting this contest a whole 1 month ago. First up, from Cool_Hand_Flash is a nice auto of Mr. Anderson from TNA Impact Reflexxions. 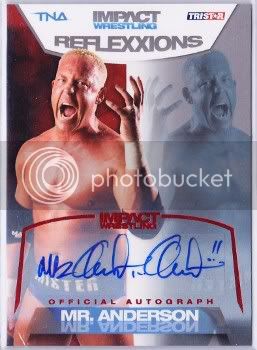 The next one is our first hockey entry. Any rookie card of Bobby Ryan. 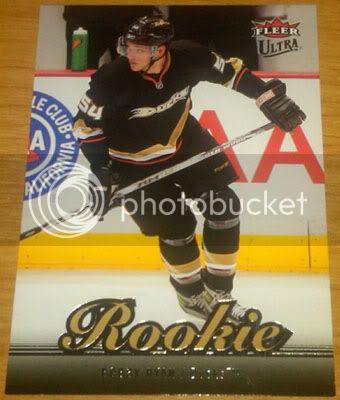 Now we have the 2 entries that were posted from the first group break hosted on TCZ. Both of these came from the same box of 2011 Timeless Treasures football. The first one, which also tied for 2nd place in the voting, is Cool_Hand_Flash's 4-color dual patch of Thurman Thomas. 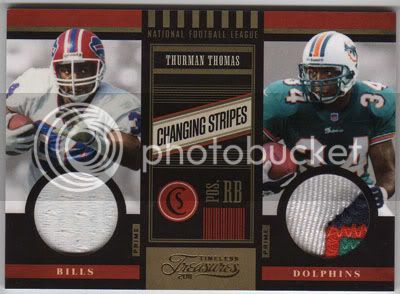 Finally, the card that won it all in February, was my quad-HOFer game-used of Len Dawson, Joe Greene, Don Maynard, and Larry Csonka. This one will be automatically entered into the 2012 Card of The Year poll. 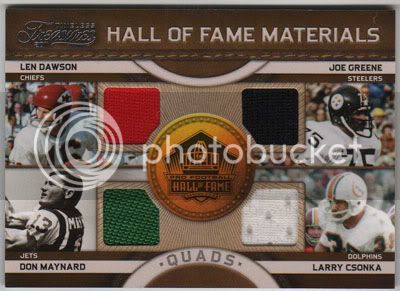 Thanks to everyone who participated either with a nomination or by simply voting.