A long time coming & I do mean a LONG time!

Transactions: 1
As many of you may or may not know of the 2006 Ultra "Lucky 13" series.
As for me, some of you may not know that Reggie Bush is my main PC.
I remember the BUZZ of this "leap" card hit the scene hard and being one of Reggie's iconic cards. 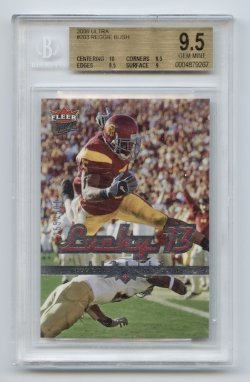 
Years ago after digging deeper into the card set I found out that there were a few different variations in the hobby series alone, not including the retail versions. 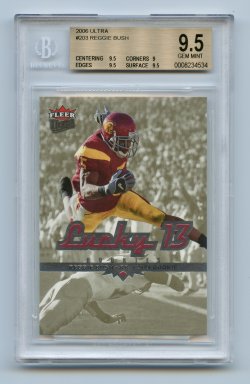 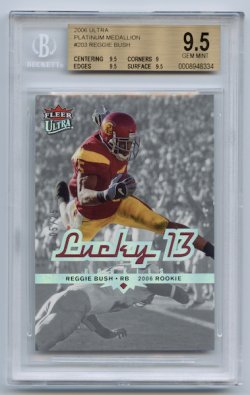 So naturally the grail of a card in general, is normally the auto'd version of it. In this series there are only 1 auto each, in hobby and in retail. 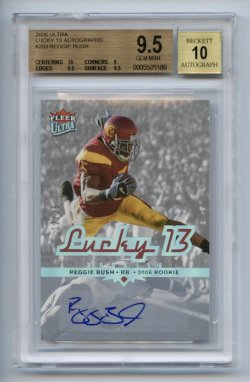 (At BGS for new case)

Crazy enough I do not have a graded retail version of this. 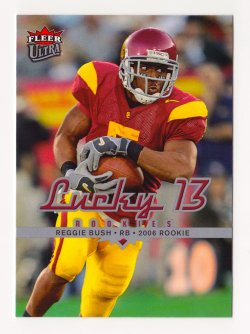 And LASTLY after roughly 7-8 years I have been chasing this card. I honestly never knew about this version until then, even though I had been collecting Reggie Bush for so long.
The ONLY one I've ever seen or heard of being in circulation. The crazy thing is, I got it from the same owner who hit it and graded it! ONE OWNER card!!

So without further ado.... 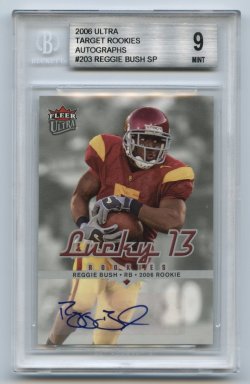 Nothing better than that natural sunlight! 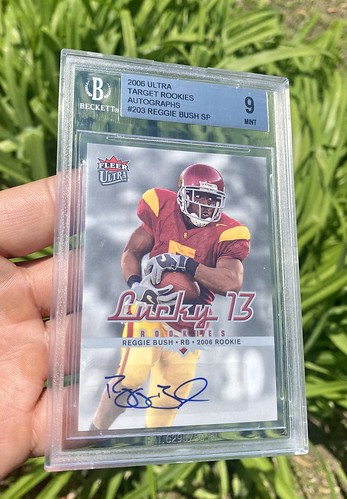 Thanks for stopping by!

Transactions
112
5.00 star(s)
Very nice! Pretty sweet to find a card after that long, and from the original owner no less? That's awesome!

Mike said:
Very nice! Pretty sweet to find a card after that long, and from the original owner no less? That's awesome!
Click to expand...

Yea man! So stoked & makes it JUST that much better..

It was the same story with this one too! The original owner hit it and still had this! 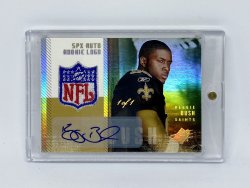