Staff member
Transactions
138
5.00 star(s)
In anticipation of the upcoming break I thought that I would show off the new set. I have only picked up 3 blaster boxes, so far, but I have had some amazing luck.

First, is the a Top Prospect insert of last years #1 overall draft pick for the Pirates

A couple of gold variation, Posey and Bryce Harper

And 2 autos out of 3 blasters! 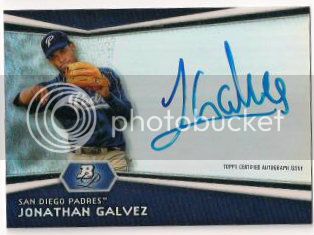 I don't know much about this guy, but he listed at #20 on the Padres prospect list. 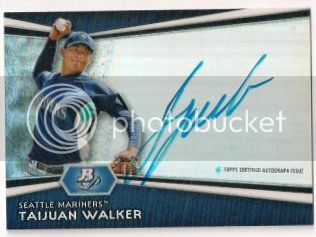 This is the top prospect in the Mariners system, which mean he should be a flop for the Yankees in a couple of years.