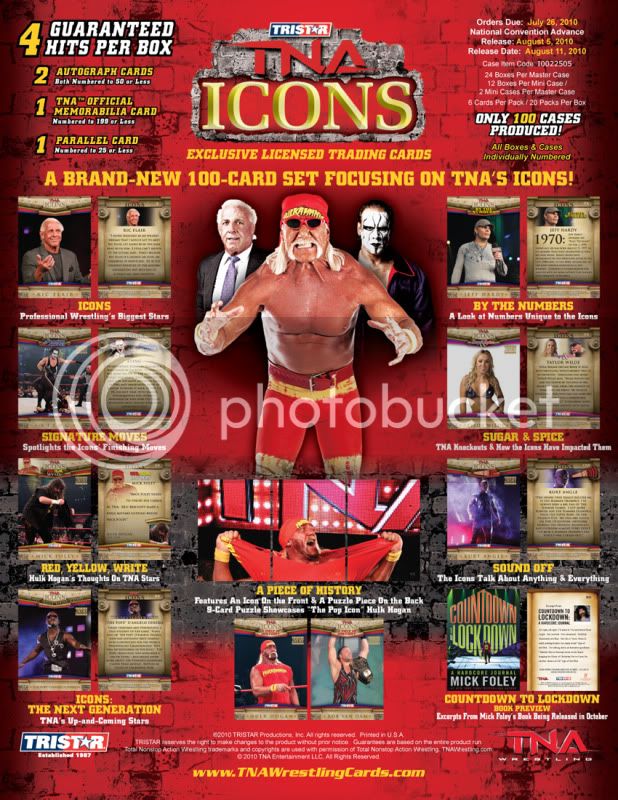 TRISTAR unveiled its latest TNA Wrestling card set — TNA Icons — on Saturday and it will launch the latest product with appearances from several wrestlers at the National Sports Collectors Convention early next month in Baltimore, Md.

Each of the TNA stars will appear on Saturday, Aug. 7, and will meet and greet fans at the event while also working autograph sessions. 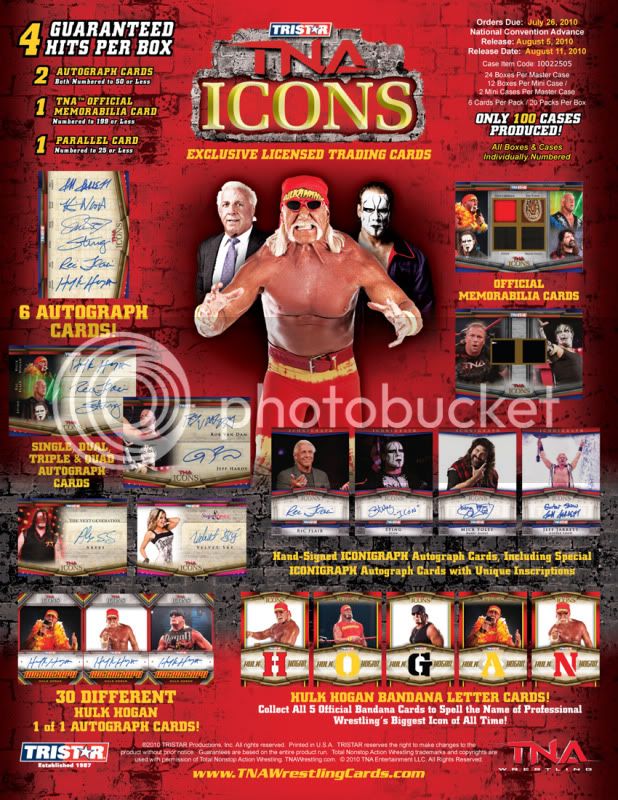 TRISTAR has a Championship Package available for fans, which includes one of 400 limited edition TNA Icons boxes. Also included in the $129 package are two autographs on any items from all six wrestlers, four photo opportunities with the stars, and a show special TNA grab bag that will include show-exclusive cards. The limited edition boxes will include a National-exclusive autograph card of one of the guests — or Hulk Hogan.

Single autograph tickets for each of the TNA stars are also available.


The TNA Icons set will include 100 cards that focus on TNA’s finest and there will be just 100 cases of the product made. It will launch at The National before being officially released the following week on Aug. 11.

There will be two autograph cards, one memorabilia card and one parallel card numbered to 25 or less in every 20-pack box. 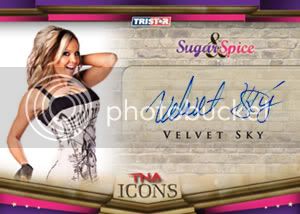 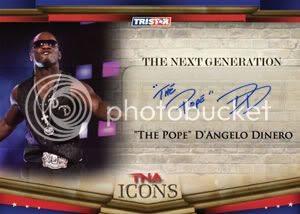 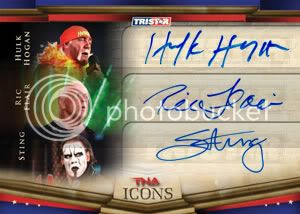 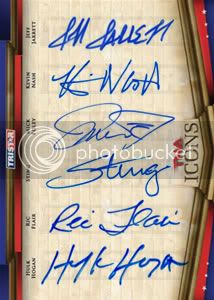 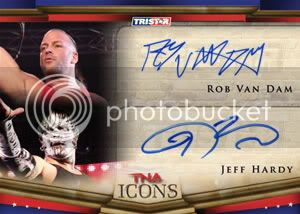 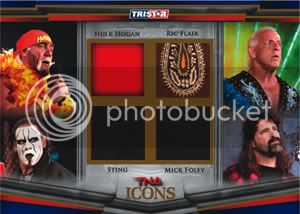 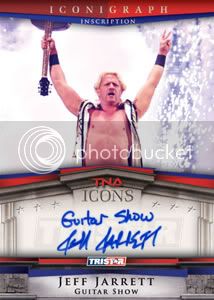 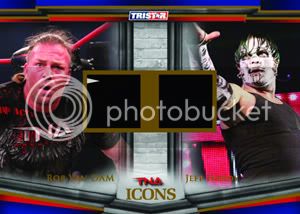 Among the highlights are cards with six autographs — one with Hogan, Ric Flair, Sting, Foley, Kevin Nash and Jeff Jarrett — while there will be three- and two-autograph cards to be found as well. There are multi-piece memorabilia cards for several stars along with Iconigraph autograph cards that include inscriptions.

For Hogan, there are two additional sets — Hogangraphs, which are 1/1 autographs (30 cards made) and Hogan Bandanna cards, which can spell his name via the die-cut openings for the memorabilia pieces. (They, of course, come in red, yellow and black to suit the moods/eras of all Hulkamaniacs.) 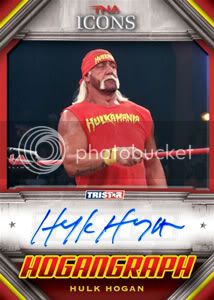 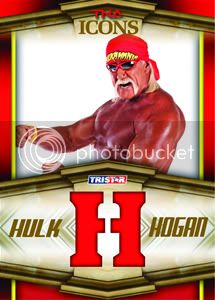 The base set will consist of several subsets, including Icons, Signature Moves, Red Yellow Write, Icons: The Next Generation, By The Numbers, Sugar & Spice, Sounds off and Countdown to Lockdown. 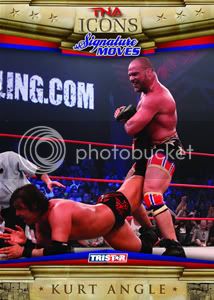 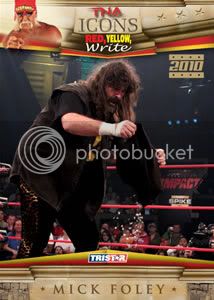 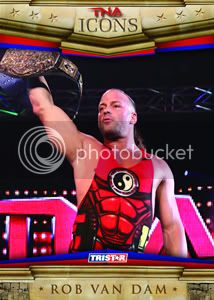 I like TNA better than WWE anyways and i always manage to pick up a box or two of the new product.
S

I need a few hits from this!