AKRON, Ohio (AP) -- Keegan Bradley only wanted a chance to get into a playoff Sunday at Firestone. All it took was a clutch par, along with a stunning collapse by Jim Furyk, for Bradley to win the Bridgestone Invitational and wrap up a spot on the Ryder Cup team.

Bradley closed with a 6-under 64, and the final stroke was the most important - a 15-foot putt to save par from a plugged lie in the bunker.

Furyk, who led for 71 holes and looked solid throughout the final round, chopped up the 18th hole for a double bogey to throw away a chance at his first win since the 2010 Tour Championship. He missed the green from the fairway. His chip with one foot in the sand barely cleared the bunker and stayed in the thick collar. He hit a weak chip to 5 feet, and his bogey putt never had a chance.

Furyk dropped his putter when the ball left his blade. He went from what appeared to be a certain win to a 69 and a tie for second with Steve Stricker, who made four birdies on his last five holes for a 64.

Bradley won for the first time since last year in PGA Championship, and now goes to Kiawah Island to defend his title with a lot more confidence.

Bradley was four shots behind going into the final round, and was six shots back when Furyk opened with three straight birdies. Bradley kept pecking away at the lead, holing a 25-foot birdie putt on the seventh, scrambling for par on the 12th, and starting the back nine with a pair of birdies.

Furyk finally answered with an 18-foot birdie putt on the 16th, only for Bradley to follow him in for birdie from 12 feet. Furyk had a one-shot lead playing the 18th, and got one big break when he pulled his tee shot into the trees and it ricocheted out into the fairway.

That's where it all started to go wrong.

He went long of the green and the ball hopped out of the bunker and into the thick collar, forcing him to put his left foot into the sand. He flubbed the chip, just over the bunker into more thick grass, and his chip was a clunker, rolling out to just over 5 feet.

Bradley also went long and plugged into the sand, and he blasted out to 15 feet behind the hole. The dynamics changed so suddenly. There was a chance for a four-way playoff if Bradley and Furyk missed, and Louis Oosthuizen made his birdie putt form just outside 12 feet.

Bradley, whose putting carried him to a comeback in the PGA Championship, hit a pure stroke for the par to finish on 13-under 267. Then, it was up to Furyk to force the playoff.

Bradley has three wins in two years on the PGA Tour, including a major and a World Golf Championship. He is only the 11th player to have won a major and a WGC.

Stricker found his putting stroke at Firestone - not that it was ever deep in hiding - and showed that down the stretch with his closing stretch of birdies. It was an important performance for Stricker, who moved up three spots to No. 10 in the Ryder Cup standings. Furyk is No. 11, followed by Rickie Fowler at No. 12.

Bradley moved to No. 4, and bumped out Hunter Mahan from the top eight for automatic spots after the PGA Championship next week.

Oosthuizen closed with a 69 to finish alone in fourth. Justin Rose (67) and Rory McIlroy (68) were another shot behind.

Tiger Woods played bogey-free for a 66, his lowest score since a 65 in the second round at Bay Hill at the end of March. He was never in the tournament, 11 shots behind going into the final round, though he picked up the tiniest of consolations. He now has back-to-back finishes in the top 10 on the PGA Tour for the first time in nearly three years. And he at least heads to Kiawah Island feeling good about his game.

''I hit a lot of good shots and never really sniffed making a bogey all day,'' said Woods, who played his final 23 holes without a bogey. ''I feel very good about where I'm at. I'm excited about it.''

The nature of the course changed drastically with one-quarter inch of rain overnight, and a burst of showers that stopped play for nearly three hours Sunday morning. Shots to the green were spinning back instead of bouncing forward. Pars no longer were good enough.

Furyk picked up on that quickly, and came out even stronger than he did on Saturday.

He stuffed his approach into 4 feet for birdie on the first hole, came up just short of the green on the par-5 second for an easy birdie, and then holed a 10-foot birdie putt on the third hole. It still wasn't enough to shake Oosthuizen, who made a long birdie on the opening hole and missed a 12-foot eagle try on the second. The South African was in position to match Furyk's birdie-birdie-birdie start until he missed a 4-footer on the third.

That was a sign of trouble to come. Oosthuizen missed another short putt on the fifth for par, and failed to save par on the ninth to fall four shots behind. He only caught up at the end.

Furyk, meanwhile, dropped only one shot when he drove to the right into the trees on No. 6 and missed a 10-footer for par. He was rarely in jeopardy the rest of the way until he found himself in the middle of the fairway on the final hole, needing a par to win and watching someone else take home the $1.4 million first prize.
Click to expand... 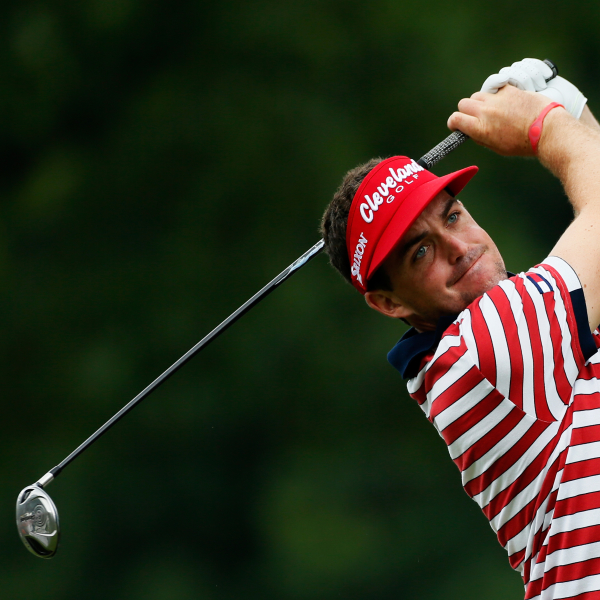 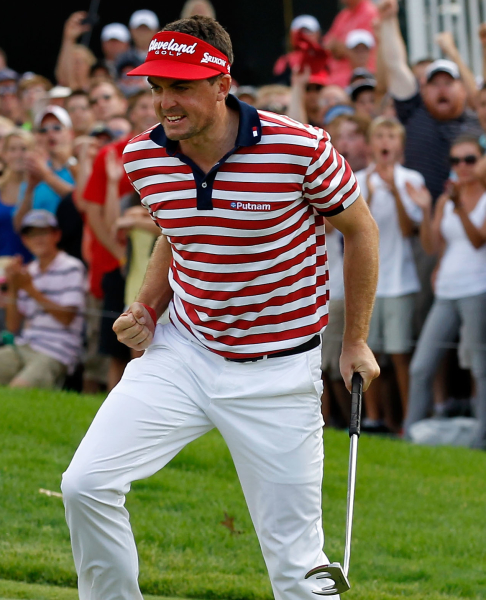 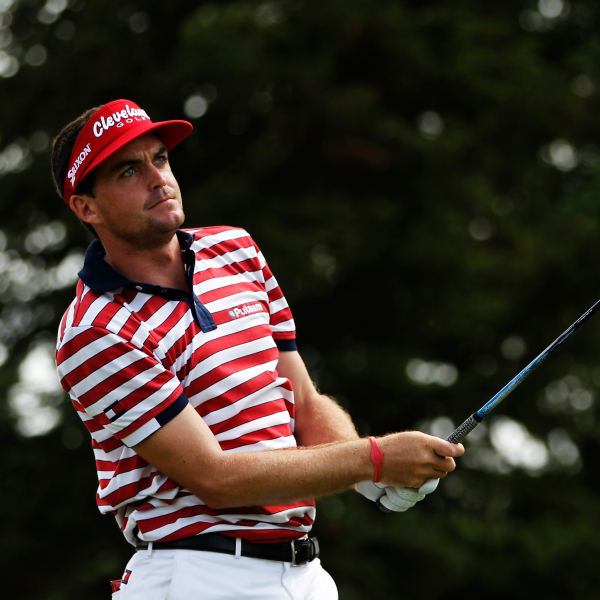 Furyk Still Leading After 2nd Round of the Bridgestone Invitational