So, one of my favorite things to collect is signed baseballs. I limit my collection only to ROMLBs and normally prefer balls signed in blue ink.

I have a dozen balls from Braves players housed in a UV frame on my wall and have noticed that one of the balls has faded significantly over the last several years. See photos below...top photo was taken in 2014 and the bottom photo was taken today.

Looking at all the balls in this frame...three look different to me. Most notable is the John Smoltz (second row from bottom-right) which in 2014 was very bold and today it's very faded. This ball was purchased online and has a JSA authentication. The other balls that have faded a bit are the Dale Murphy (top left) and the Phil Niekro (second row from the top-right) which show minor loss of boldness. Both of these balls were obtained TTM and these as well as a handful of other balls signed with the same batch of Bic Pens have shown similar loss of boldness. The remaining balls look exactly as they have always looked and all have been stored under the same conditions.

Now, my question. Is it fair to assume that the culprit here is the pen used? If is was simply a light exposure issue, I would assume all the balls would show fading...but only a couple do (and two of them us pens I have found faded in different conditions). The only anomaly is the Smoltz ball as I do now know what it was signed with. Is it same to blame the pen here? If so, what can I do to reduce this risk in the future? When buying a ball, what should I look for in the ink? 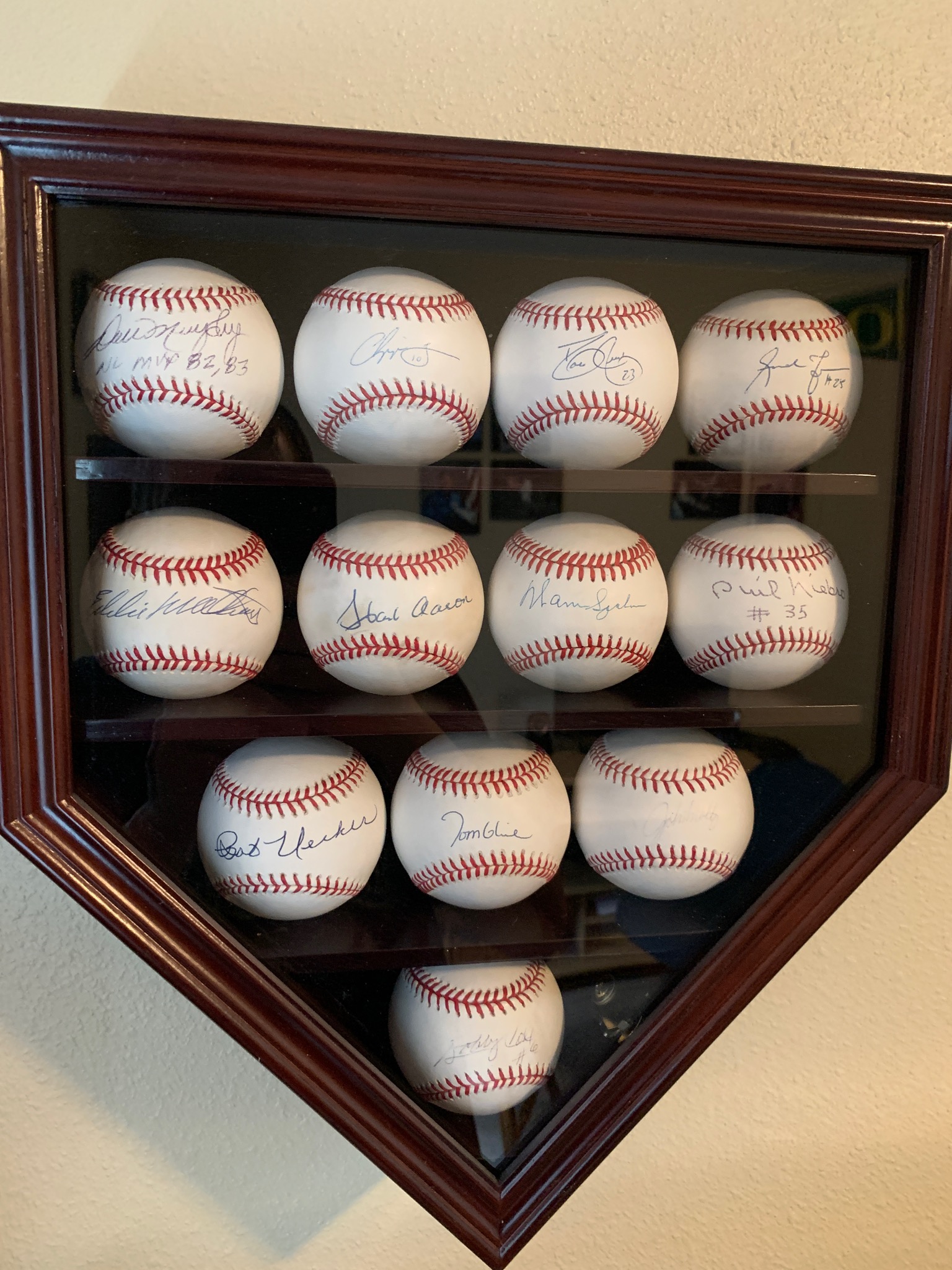