This one just released so I wanted to see if anybody would be interested in a RANDOM TEAMS STYLE group break for ONE HOBBY BOX of 2022-23 UPPER DECK SERIES 1 HOCKEY.


PRODUCT HIGHLIGHTS
- The first installment of Upper Deck’s flagship product sports the first 250 cards of the 2022-23 base set. The set includes 198 regular cards, 49 Young Guns cards and three checklist cards. Also collect the highly sought-after Exclusives (#’d to 100), High Gloss (#’d to 10), French and Hobby-Exclusive Clear Cut parallels.
- Young Guns are the most anticipated rookie cards of the year! Collect six from every box, on average.
- UD Canvas, a longtime favorite among collectors, returns featuring a collection of the top stars in the game today along with the best of the Young Guns! Series 1 contains the first 120 cards of this inter-series set. Collect four cards from this set per box, on average.
- Chase Card Alert! Look for super rare hard-signed & hand-numbered UD Canvas Signatures cards.
- New Insert Sets! The latest edition of Series 1 sports an impressive stable of new insert sets sure to please everyone, from the casual fan to the avid collector. Here is a look at a few:
- Centre of Attention: A collection of the best veteran centers in the league. Look for rare Gold parallels as well.
- Freestyles: The first installment of this colorful inter-series set features only star veterans. Keep an eye out for super rare Gold versions and be ready to collect the rookie Freestyles set slated for Series 2.
- Population Count: There are seven different print runs (1000, 500, 100, 50, 25, 10 and 1) of this unique 30-card set featuring top-tier stars and rookies. Everyone will be chasing the low-print run versions!
- Attacking Zone: This all-new three-sided die-cut acetate insert features star centers and wings.
- More Acetate Cards! Collect the multi-player Clear Cut Foundations and Clear Cut League Leaders sets, and add the next nine cards to your living Clear Cut Honoured Members set.
- The long-running UD Portraits insert is back with a spectacular new design! This set consists of stars and short-printed superstars. Collect two per box, on average. Keep an eye out for Black & White parallels of each group, with the stars #’d to 99 and the short-printed superstars #’d to just 25.
- The popular Honor Roll and Dazzlers inserts are back as well. Look for Rainbow (#’d to 250) and Gold Rainbow (#’d to 25) parallels of the Honor Roll set, and both Blue and Pink Dazzlers! Each box will contain, on average, two regular Honor Roll cards and one Blue Dazzlers card.
- Collect the printing plates from these insert sets: UD Canvas (including Young Guns), Centre of Attention, Debut Dates, Defense Mechanism, Honor Roll and Rookie Retrospective. 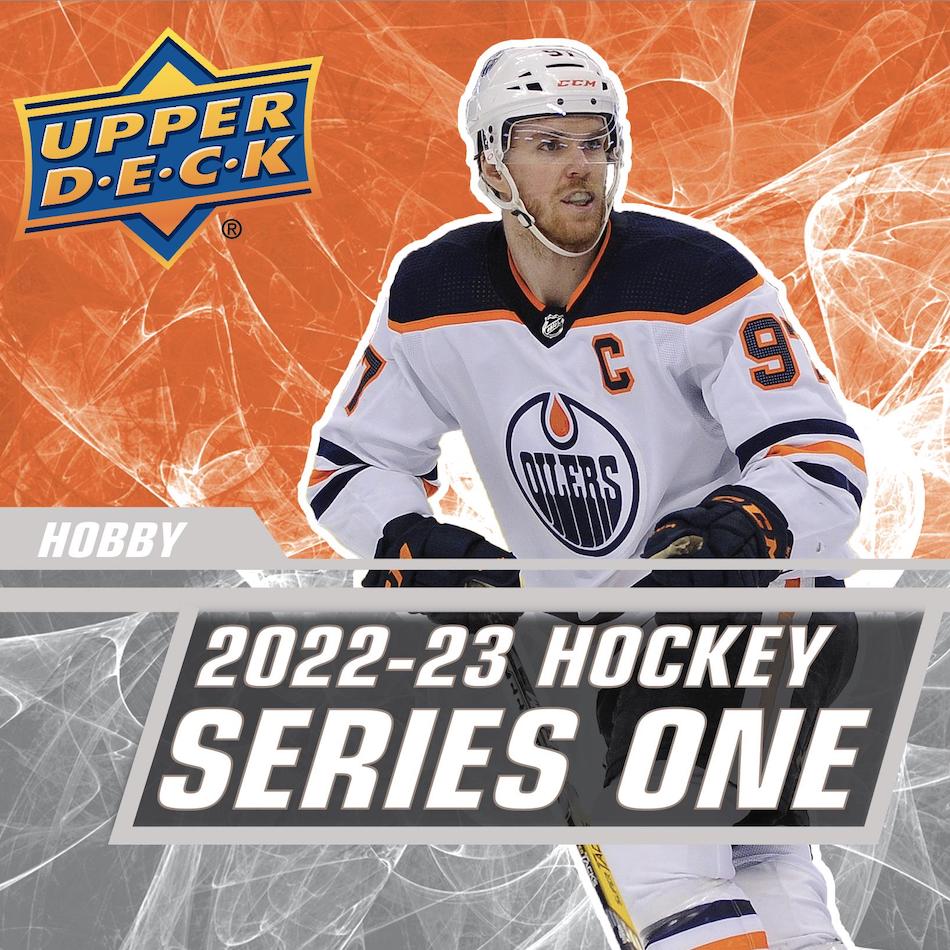 Here is how this break will work. There are 16 spots and the price is $11 per spot. Each spot gets you TWO RANDOM TEAMS and all of the cards of the players from those teams. Once the break is full I will randomize the list of members and teams to see who gets what teams. You will also have a chance to trade teams before we do this break.

Oh my bad thought you just meant spot 2. Got you down for a second spot thanks Steve!

(looking to trade whatever I get for Carolina Hurricanes and Nashville Predators!)

Transactions
39
5.00 star(s)
I will take spot number 11 (and hope for the blackhawks or trade for them).

Staff member
Transactions
1,108
5.00 star(s)
Here is the live link to the team randomization video, good luck to everybody!

Transactions
33
5.00 star(s)
@grapler135s
Mike,
Would you swap your Predators for my Flames?

@PAVI39
Would you trade your Hurricanes spot for my Avalanche spot?