I got some stuff oddly enough, and here it is!

Well some of it, because i didn't scan DVD's. Got two season of Star Trek Voyager, and few movies.. anywho, on to the pics!

First up, I couldnt get a good pic of this, because its not leaving its box, so here's a pic of it "in action"

Peyton Manning McFarlane - "collectors Edition". It's in this odd shaped box, never seen one of those before. My first Peyton figure, so that's cool. 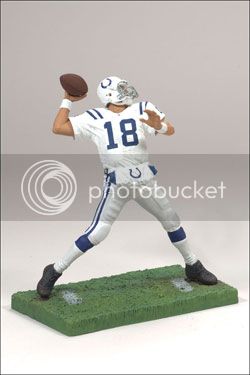 Next is way more nerdy lol..

Batman Special Edition PEZ set! The special part is the logo on the "chest" of Bats himself. That's only in this set.

Left to right: Two-Face, The Riddler, The Joker and (most obviously) Batman 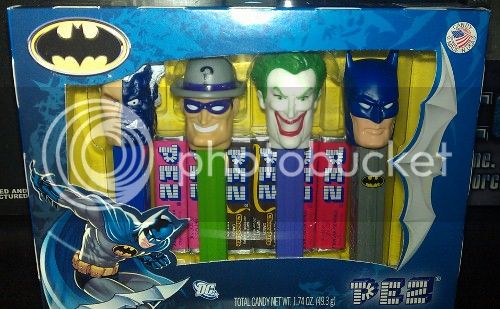 Got cards too.. whadda ya know.

First, this guy, in my humble opinion should be a first ballot hall of famer, I hope others will agree here. The only dane to ever play in the NFL. The all time leading points scorer. On BOTH the all 80's and 90's All Decades teams. 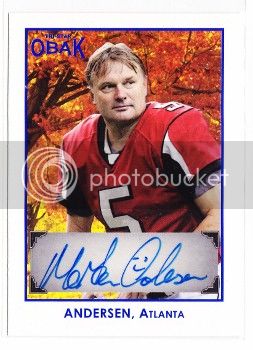 And this is part of the very first Ultimate set I decided to chase. Im now at 68/100 in that set. 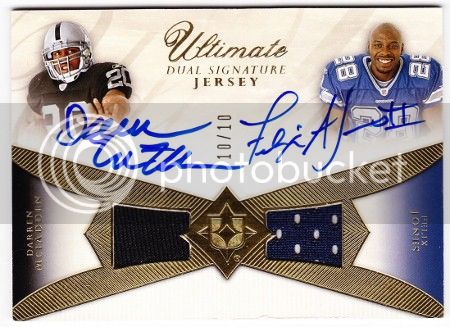 I got Lucky on my birthday!! 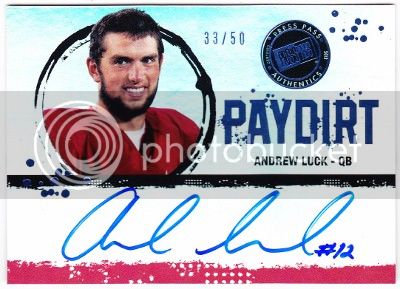 That day turned out pretty good in my opinion

oh, and to top it off, my fiance told me something hadnt made it over here yet.. so Im due "something" extra I'll post it here when I get it. And if you're reading this, thanks for enduring this whole thing.

Transactions
112
5.00 star(s)
Very cool Mark! Glad you finally got your first Lucky auto. One of many to come, I hope!

Mike said:
Very cool Mark! Glad you finally got your first Lucky auto. One of many to come, I hope!
Click to expand...

Thanks Mike I hope so too

And wow, no comment about the Cowboy up there? hmy:

Transactions
112
5.00 star(s)
Well, I didn't want to hurt your feelings by telling you that was the best card.

Mike said:
Well, I didn't want to hurt your feelings by telling you that was the best card.
Click to expand...

How could that hurt anything? It's from THE Ultimate set!

Thanks, and thanks again