My chin is still a bit sore from when my jaw hit the floor after opening the envelope. Contained some awesome stuff from JTorto as part of the College Collecting Group. 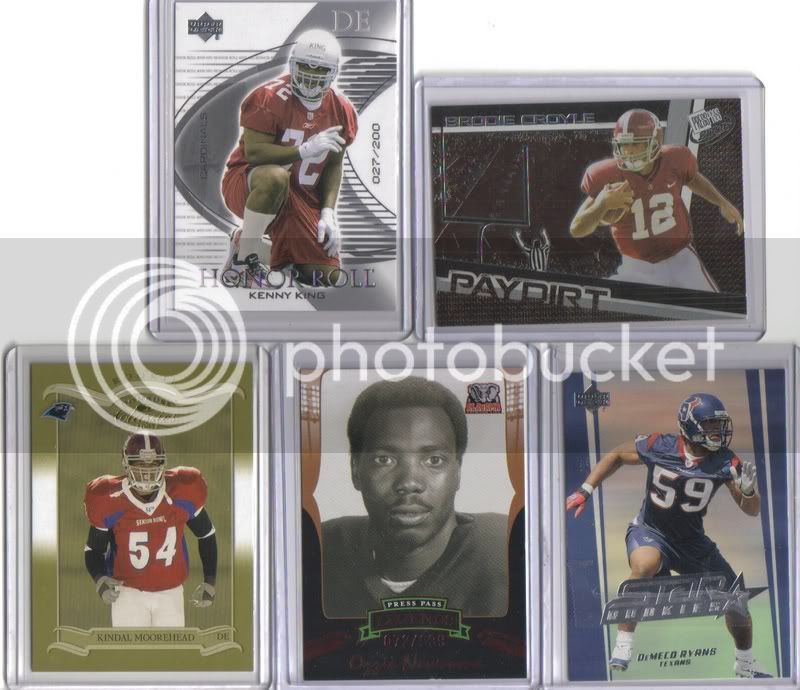 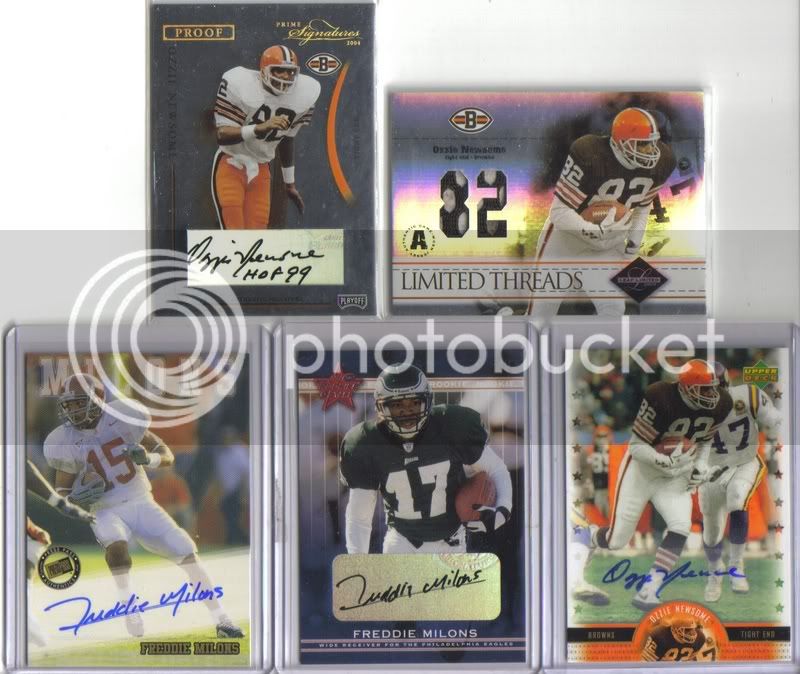 :salut::dance::salut:....INCREDIBLE!!! The Newsome Prime Sigs looks so much better in person....it's a beautiful card. Love it, love it, love it!!! Besides that, the Kenny King was the card that probably got me the most excited. His cards virtually never show up on eBay (at least when I look), so getting that card was awesome :cheers: THANKS!!

Those are some great Bama cards.
S

p.s. I submitted a request to join the group...how do I go about gaining "entry"?

Sweet i have him this month glad everything worked out

p.s. I submitted a request to join the group...how do I go about gaining "entry"?

Simple...let me know you want in...will PM you with some details here in a sec!