NEWARK, N.J. (AP) -- The new owners of the New Jersey Devils are keeping long-time executive Lou Lamoriello in charge of hockey operations, bringing in a new business team and committing to make the three-time Stanley Cup champions an organization looked toward as a model of excellence.
Philadelphia 76ers owner Josh Harris and business partner David Blitzer on Thursday bought the Devils and the lease to the Prudential Center from Jeff Vanderbeek for $320 million.
The deal was delayed roughly 15 minutes on Thursday morning because attorneys needed more time to sign off on the transfer of the financially strapped NHL team, which the league's board of governor approved on Wednesday.
''What I am interested in is absolute success on and off the ice, and having the highest quality people and bringing the fans a great experience and winning,'' said Harris, the co-founder of Apollo Global Management.
Harris dispelled rumors that he might consider moving the 76ers to Newark. He has a lease at the Wells Fargo Center with Comcast Spectacor, which also owns the NHL's Flyers.
''The Sixers are staying in Philly,'' Harris said.
He added that he and Blitzer viewed the purchase of the Devils, who lost roughly $25 million in the past year, and the lease as a chance to turn around a struggling franchise.
''We've had a lot of success at identifying literally the best, highest-quality management teams and then bringing them into situations and letting them do their thing and holding them accountable,'' Harris said. ''Other people may like to meddle in it. What we like to do in essence is agree what the vision is, what the business plan is and then resource it and allow people to do their jobs.''
Lamoriello has been the architect of the Devils' fortunes since 1987 and that's not going to change.
''I hope he stays here another 26 years,'' Blitzer said of the 70-year-old president and general manager.
Lamoriello refused to say whether the new owners have given him a blank check, but added ''they are committed to winning.''
Harris and Blitzer selected Scott O'Neil as the Devils chief executive officer, a job he also has with the 76ers. The former Madison Square Garden Sports' chief executive will work with both teams and Hugh Weber, the former New Orleans Hornets president, will be the everyday business leader in Newark.
Harris and Blitzer, who is the senior managing director of the Blackstone Group, needed about a week to close the deal after talks with Philadelphia attorney Andrew Barroway fell through. Harris said he had made inquiries about buying the team months ago but they were delayed because Vanderbeek has involved in talks with another suitor.
Vanderbeek, who has been the majority owner of the Devils since 2004, will remain with the Devils as a senior adviser. He had mixed emotions after a 10-year run in which he led the effort to build ''The Rock'' but couldn't raise enough money to keep the team.
''It certainly is bittersweet,'' said Vanderbeek, who refused to say whether he retained a minority share in the team. ''There were other opportunities along the way to perhaps do things differently. But you know what? At some point you have to think about the future, the larger whole, and this was the right thing when it came to that.''
Harris said getting the lease to the Prudential Center was an essential part of the deal because concerts at what has been an under-used facility this past year will general money.
The Devils won the Stanley Cup in 1995, 2000 and 2003, and won additional Eastern Conference championships in 2001 and 2012. They missed the playoffs in the recent lockout-shortened season and were stunned when 30-year-old superstar forward Ilya Kovalchuk decided to play in his native Russia.
The Devils moved to New Jersey in 1982, playing at the Meadowlands after relocating from Colorado.
''This is positive for this franchise, for this building and Newark,'' Commissioner Gary Bettman said. ''There is terrific ownership with resources and talent with can take the team and the building to the next level.''
Harris and Blitzer continue a trend of rich financiers buying sports teams.
Some may want a play thing or bragging rights. Others see their teams as legitimate investments, a way to diversify away from just stocks and bonds.
While possession of a sports team isn't necessarily a great way to bring in consistent cash profits, owners can make money if they turn a team around and sell it at a profit years down the road - exactly what private equity firms do with struggling companies.
Some financiers are hands-on owners, such as Stuart Sternberg of the Tampa Bay Rays or John Henry of the Red Sox. David Tepper owns a stake in the Pittsburgh Steelers, and Mark Attansio is principal owner of the Milwaukee Brewers. Hedge fund operator Steve Cohen owns a piece of the Mets.
---
AP Business Writer Christina Rexrode contributed to this report.
Click to expand... 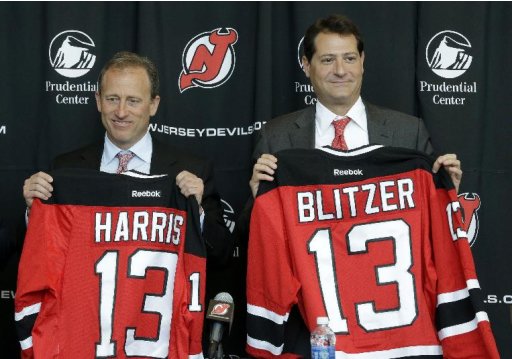 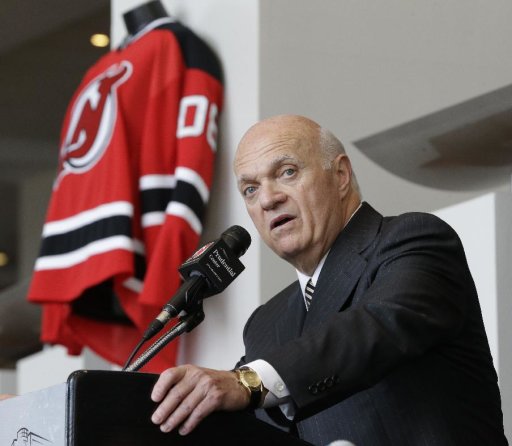 I thought the sky would fall with such a union. It's unheard of for a Philadelphia team owner to take the helm of anything in NJ, especially because the Flyers are a nemesis to the Devils. Huh. Shrug. I'm a little afraid to open my eyes. Is the world still in one piece?

Wow he must be making some serious money to make this move. It makes sense and is pretty wise. Going to be interesting how this works out for him. I bet he's going to be getting a lot more press than what he usually does.

Buffalo Bills Owner, Ralph Wilson, passes away at the age of 95