Curated by Johnny Knoxville, Jeff Tremaine and Sean Cliver, the jackass collectible trading cards set is here. As pioneers of viral videos and American slapstick humor that spread around the globe, jackass made its mark well beyond skate culture, growing into a beloved mainstream franchise. This is the first trading card set of its kind, filled with stunts, cameos (including Tyler the Creator and Machine Gun Kelly!) and cast members from all of the movies, including this year's critically acclaimed jackass forever. Welcome to jackass x zerocool.

CARD PARALLELS: All parallels are holographic optichrome, and all, except for silver, are numbered.

*Five autographed Player parallels were given exclusively to participating movie talent. The only way to get them is convincing them to give up some of their cards!
**Card Zero parallels are #'d/0 on base cards and #'d/1 on autograph cards.

SIGNATURES: There are 32 autograph cards in each parallel type except for Silver.

CAST ALT IMAGES: There are seven alternative main cast images and five alternative rookie cast images. These are only available in the Silver and Card Zero parallels.

BOX PARALLELS: For the first time ever, the boxes themselves have hits. With the Jackass logo foil stamped in different colors, collectors will receive these variations at random. No boxes are serial numbered, but the following quantities of each color were produced.

*For cast, crew, and select promotional purposes only. 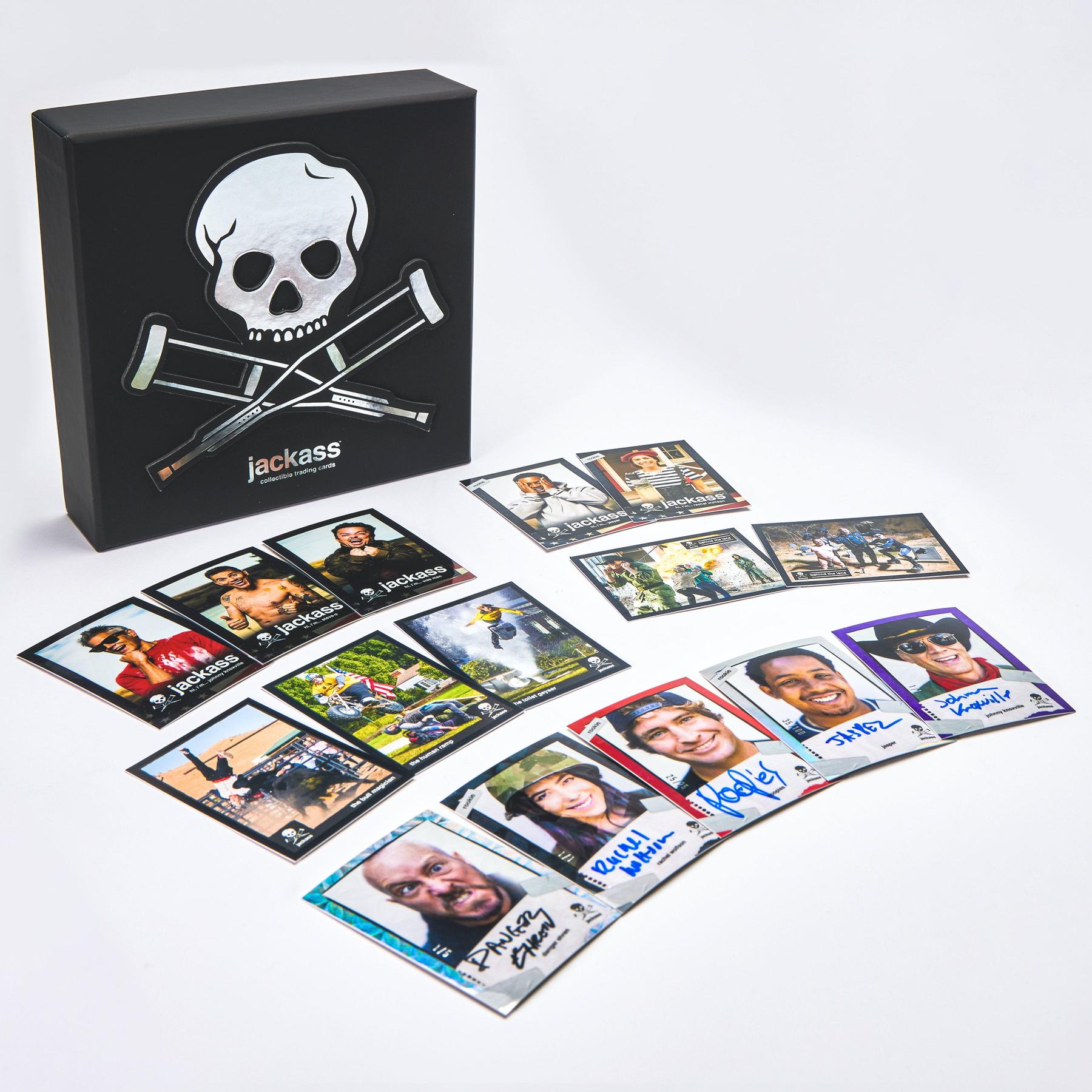