Transactions: 3
So not many pictures since my scanner is busted and I'm too tired to attempt to fix it at the moment. I went to the laundromat to do some laundry and the grocery is right next door so I figured I'd pick up a couple blaster boxes of 2012 Topps Football. Each blaster comes with a captain's patch card and I looked at the list and saw that Larry Fitzgerald had one so I was REALLY hoping to pull his. My odds weren't the best though since there are 35 different ones but on box 1, I hit it. Hit Aaron Rodgers on box two. Too bad they're not player worn. lol 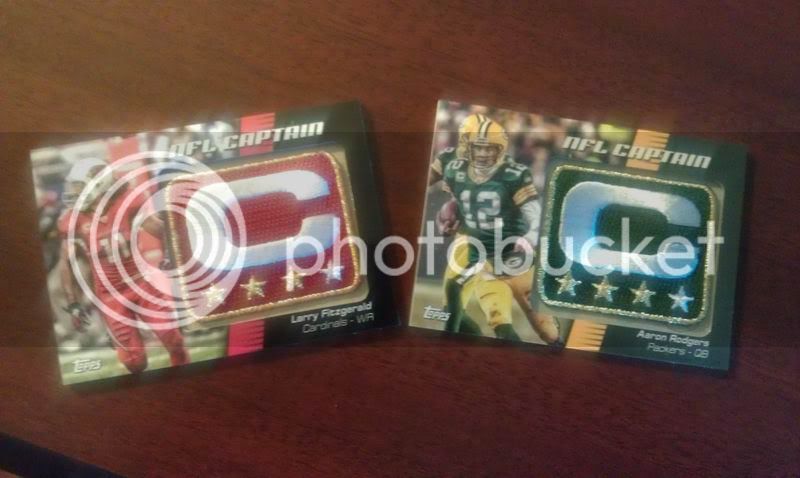 Not gonna take any pictures of the other stuff right now but here's how the two boxes ended up:

Not a bad couple of blasters. Nothing too exciting but glad I pulled the Fitz captain patch so I don't have to buy any more blasters hunting for it. I can graduate to the big boy hobby boxes once payday comes around. lol

I still gotta check the stack for any SP variations. If I find any, I'll update the thread.
D

Transactions: 2
Love the look of those captain's patches. Still nice even though it's not GU.

Transactions: 4
i like the captain patch cards! nice pulls though