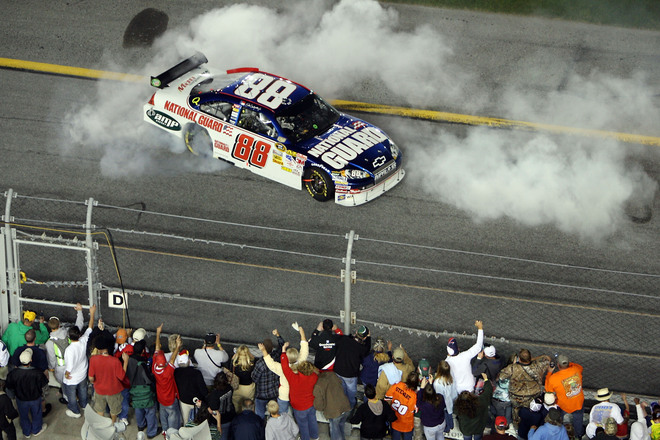 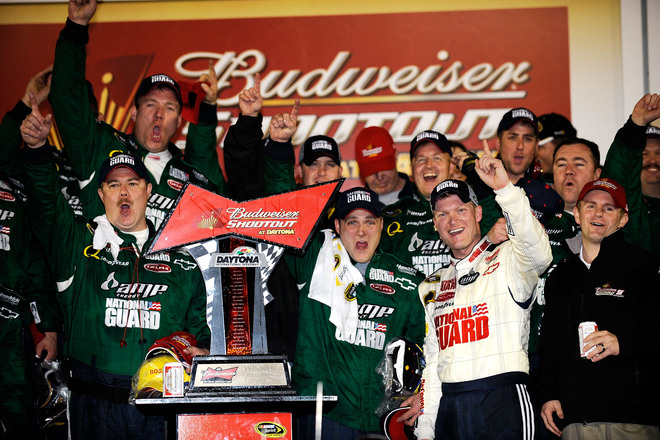 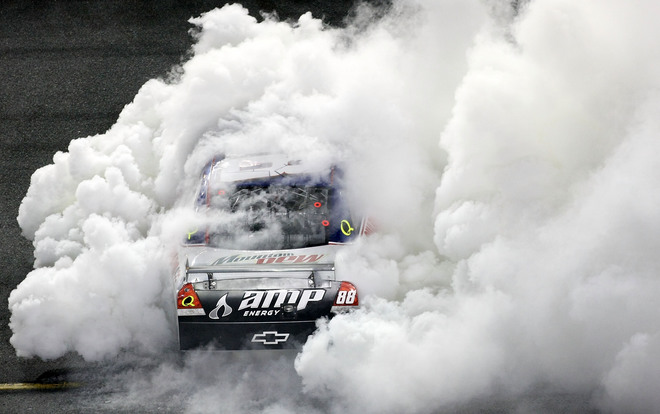 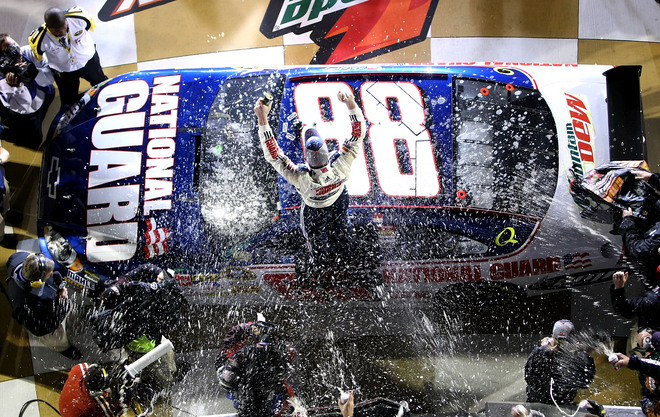 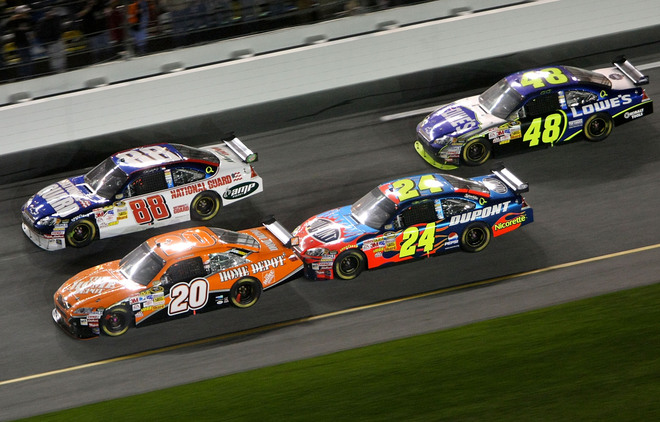 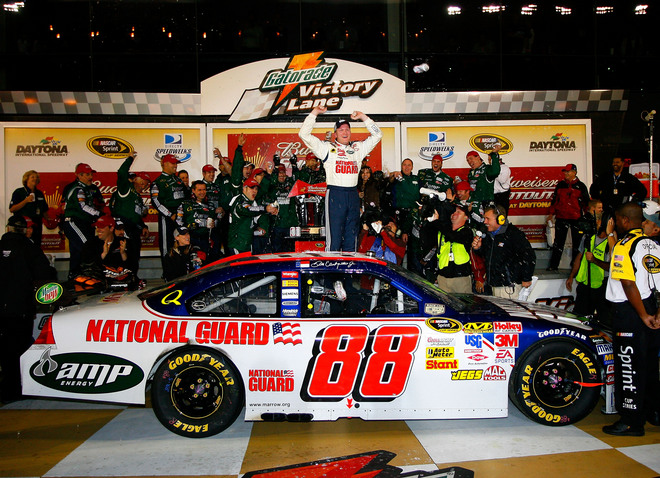 Michael Waltrip, embarrassed last year at Daytona when his then-new team was caught in the post-qualifying inspection using an illegal fuel additive in his Toyota, also had a great run Sunday, taking the outside pole.

Only the top two qualifiers locked in starting positions for next week's 50th running of the Daytona 500.


DAYTONA BEACH, Fla. – The mystery of "did he or didn't he?" has been solved.

Despite the great pains taken by NASCAR officials to keep confidential what happened during Friday night's closed-door meeting between Tony Stewart and Kurt Busch following their on-track altercation, several reliable sources in the NASCAR garage confirmed to Yahoo! Sports that Stewart hit Busch in that meeting.

Remarkably, either Busch is a quick healer or the hit wasn't strong enough to leave a mark, as the Penske driver, during several appearances both in person and on television, revealed no sign of the altercation.

The confrontation stemmed from an on-track incident during a practice session for Saturday's Bud Shootout. During a practice session for Saturday's Budweiser Shootout, Stewart got into the back of Busch's car, spinning him into the wall at Daytona International Speedway. Both drivers' cars were damaged in the incident, forcing them to the garage. But before Stewart could navigate his way to the garage, an angry Busch pulled up beside him, then purposefully banged into the right side of Stewart's car.

Busch then cut in front of Stewart, steering his car through a narrow opening to the Daytona garage where he nearly hit a member of Stewart's crew.

Both drivers immediately were called to the NASCAR hauler, where the physical confrontation occurred.

The two have a history. In fact, this latest incident is reminiscent of an altercation they had last season when Busch, angry at Stewart for another on-track incident, drove next to Stewart's car on pit road during a race at Dover International Speedway, nearly hitting one of Stewart's crew members.

NASCAR officials have not determined what, if any, penalties will be forthcoming.

In a statement released Saturday, Stewart said he has put the incident behind him, saying the on-track altercation was just a matter of racing.

"Kurt's emotion and his desire and passion to win are much like mine," Stewart said in the statement. "The easiest way for us to go out and do what we do is just to agree to disagree and go on from there.

"I'm not mad at him about what happened on the race track at all. What happened, happened. We can't fix it. We can't change it. The best thing to do is to go on and move forward and not let this linger between the two of us. And hopefully, the media will respect that and not keep it going longer than today." 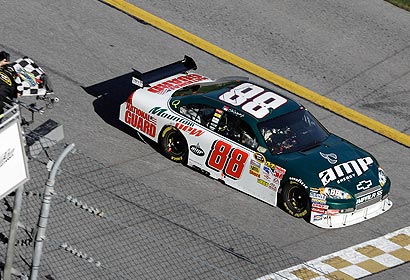 Hello everyone, Well I thought it was a great 500. Congrats to Ryan Newman on a suprise win in the Daytona 500. Looks like Big Rick (Hendrick) has a new big gun to use this year in 08. Hopefully he can finish 3rd in the points behind my boys Jeff Burton and Tony Stewart! (Gotta love those orange cars! lol). Lookin forward to a awesome nascar season and remember! Be careful for those open wheel boyz they will sneek up on ya! LOL

Racing One Fan Killed, 9 Injured By Lightning at Pocono